In Maya 2015, the Layering Library (MILA as we will call it) was integrated for use. This is an initial integration and will evolve through advancements and feedback.

Part One will discuss some basics before getting to the UI inside Maya.

You can find other details on the Official mental ray blog with Bart’s first post on MILA. 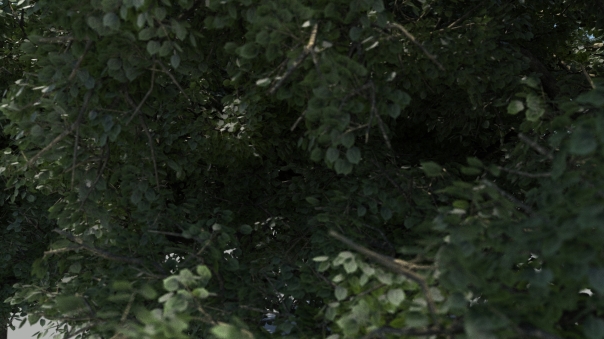 Artists have noticed when using the MIA (Architectural) material that complexity adds render time. In fact, the more you layer and tweak the MIA material, the worse it can get on an exponential level. The MIA material would spawn rays to sample the scene at a high rate even if it was a third or fourth level of trace depth. When layering the MIA material, each layer would complete the entire job of shooting rays and sampling lights before combining output, even if that work wasn’t visible in the final result.

The MILA material avoids this. It uses better techniques to reduce work done by the renderer. This means layering the material or using high trace depth has less (or no) impact on the render time or quality. This is important for better and easier realism in an image.

The MIA material also had a few features that users have decided they didn’t like or were rarely used. The glossy reflection curve had a drastic change near the 0. point, making it hard to paint textures for. The interpolated reflections weren’t used often and required tuning. And other features like tuning reflection rays weren’t always intuitive.

MILA moves towards a “roughness” parameter for glossiness that is more linear and easier to texture. It also has a more accurate glossy reflection model. Rarely used settings or “tricks” were removed in favor of straightforward operation. And in keeping with the mental ray shift in usability, simple Quality controls are used to tune the result of the material instead of tweaking numbers. The Quality controls also understand the settings in the material itself and attempt to self-adjust for better renders from the beginning.

Many times an artist would want to add a simple reflection layer or maybe some dirt to a MIA material. This meant adding a completely new monolithic material on top for a single and simple job.

Component based selections mean effects or interactions can be added as necessary.

MILA also follows the design of the Material Definition Language (MDL). Coming in mental ray 3.13, the MILA materials will lead towards this rendering workflow.

In using MILA there are a couple things to talk about. Before getting into the actual components, there are types of interactions to think about. This will make creating a material easier to understand later.

-Transmission is when a ray passes through an object. This is traditionally noted as something like “refraction” but covers all types of transmission. Diffuse transmission is commonly known as translucency.

The names of the components and the direction of the energy (ray) can be described visually using the image below:

From the docs. ® nVidia

As mentioned above, the move to MDL makes for renderer agnostic materials. Using these names also helps associate with Light Path Expressions (LPE) which are also renderer agnostic. For example, “reflection” can mean a lot of things to different renderers. But “diffuse reflection” is specific.

-Direct effects are a result of light directly affecting the material. The light path is from the light to the material with nothing in between.

-Indirect effects are a result of light that has interacted with something else before reaching the object.

Components have these names in their description to help you choose the effect you need:

More details can be found in the previous post about the Beta testing of the Layering Library. Integration has changed the UI and the workflow. That process will follow in the next parts of the blog.

On to part 2 with explanations on the Base components and more.

I am a VFX artist that specializes in Lighting and Rendering. I spend a fair amount of my time supplying clients with artistic solutions as well as technology solutions. With a background in fine art and technical animation training, I strive to bridge the divide between the artist and technologist.
View all posts by David »