With the release of Maya 2014 comes changes to the integration of mental ray. Foremost is that mental ray is now a truly separate plug-in installation. This means Autodesk can support multiple versions with bug fixes in a release for Maya.

Behind the scenes, Autodesk now shares the translator with nVidia. This move received quite a few votes on the Maya Feedback postings and we’re glad to see they have heard the users. This arrangement also happened very near the release of Maya 2014 so more needs accomplished, but for now we are excited to see nVidia ARC working to improve integration under Autodesk’s direction.

We hope this inspires the users to participate in other projects and Betas. Also notice the option for Progressive Rendering combined with IPR. For now, Maya does not use the correct API for Progressive so this is a first step. Future changes will undoubtedly bring its performance in-line with Progressive found in Standalone.

You will also notice the UI allows you to combine Final Gather and Irradiance Particles. This is useful for complex scenes. You can also combine these with a new importance scheme for Final Gather that we will touch on in future posts.

Many defaults through Maya have also been updated as well as the presets for rendering. A short list below: 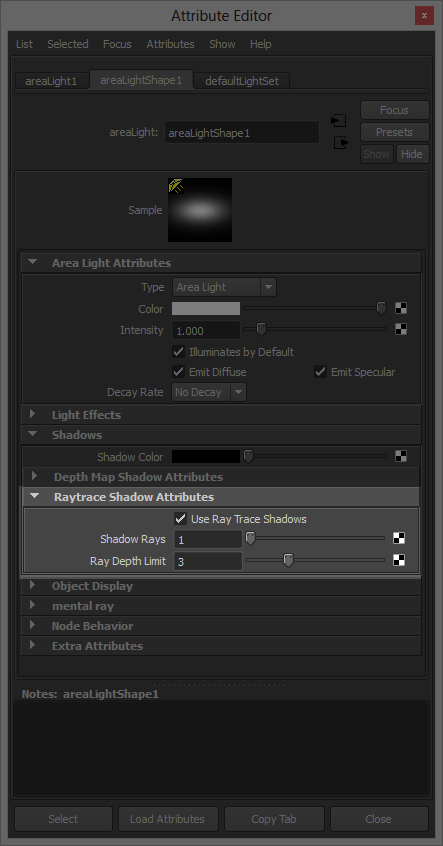 New Defaults for Shadows in Lights

You will also see the beginning of some cleanup in other places like moving older materials to a Legacy area in the Hypershade.

In the next few weeks we’ll go over new features and how to expose them for use in Maya 2014. Such features include object area lights (mesh lights), Ambient Occlusion on the GPU, Final Gather Importance, and lots more as updates make their way to Maya.

It’s been some time since mental ray got a face lift in Maya and we’re more hopeful than ever at the changes that will come to rendering and all other facets of Maya.

I am a VFX artist that specializes in Lighting and Rendering. I spend a fair amount of my time supplying clients with artistic solutions as well as technology solutions. With a background in fine art and technical animation training, I strive to bridge the divide between the artist and technologist.
View all posts by David »

Posted on April 12, 2013, in Uncategorized. Bookmark the permalink. 35 Comments.